IF this were to actually happen, and it won’t, but if it were to, Trump would refuse to do another debate, call the fact checks “fake news”, call whoever is doing the fact-checking “biased”, and then claim that Biden was on drugs and lying the whole debate and his rabid, inbred base will eat up every word.

Buy  it: The Man The Myth The Legend August 1970 50 Years Old Of Being Awesome Shirt 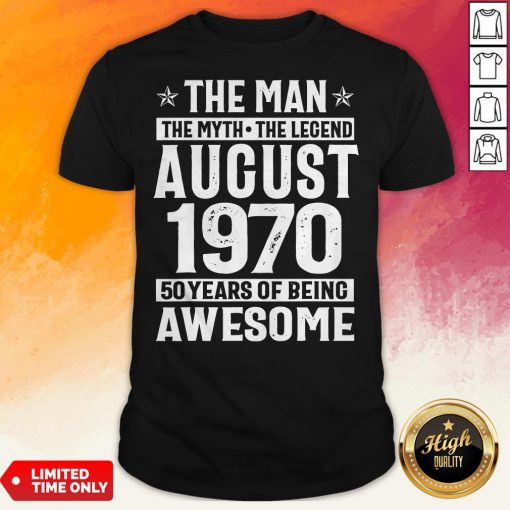 The idea sounds good on paper, but when you have CNN say one thing with their sources, and Fox says another with their sources, how do we, the general public know who to trust? Fact-checking seems almost impossible nowadays. See the mask effectiveness with CNN doctors vs Fox doctors.