When I was at Premium Omg I’m Like Literally Dead Shirt school. Girl out when she was having a meltdown in the bathroom. A few weeks later she pretended to be my friend who. Been waiting to meet me when I was being followed home by two guys. We never saw each other outside of those two occasions. I still think about her and hope she’s doing ok somewhere out there. I broke my foot and was trying to limp my way across campus with crutches in the pouring rain. Someone ran over with their umbrella and walked across campus with me so I wouldn’t get rained on. This reminds me of a time in 3rd grade, where I had a really messed up leg after an injury resulting in internal bleeding, caused by my hemophilia. I was limping across the school grounds when a much older student helped me by picking me up and carrying me all the way to the other side. 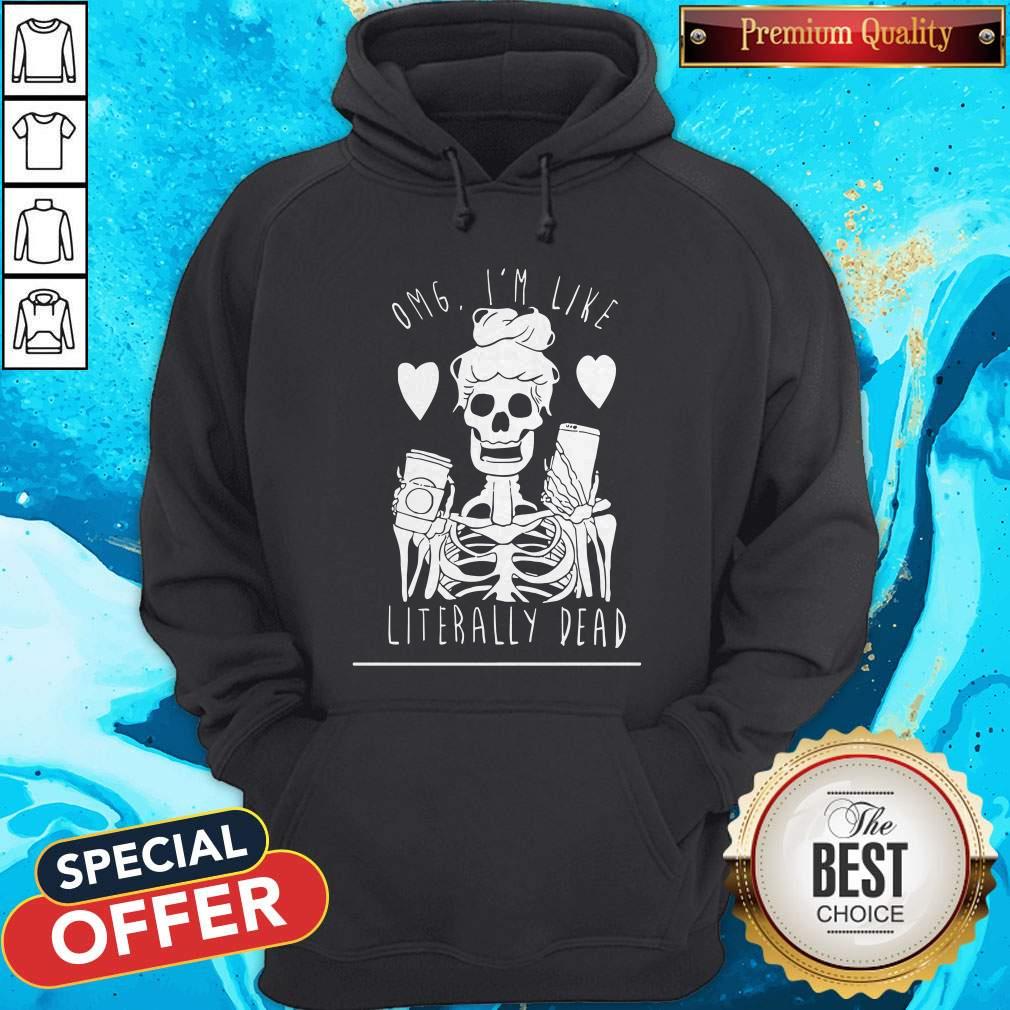