I remember growing up my neighbors were Uber wealthy and they’d regularly buy a massive new TV/refrigerator/appliance and give us the box……. I had the most boring imagination possible because every time I made the box into a mini-house and moved all my stuff in and pretended to live in it. At 3 years old I was apparently already ready to move out and settle down

Buy it: Don’t Pis Me Of My Backyard Is Full Already Shirt 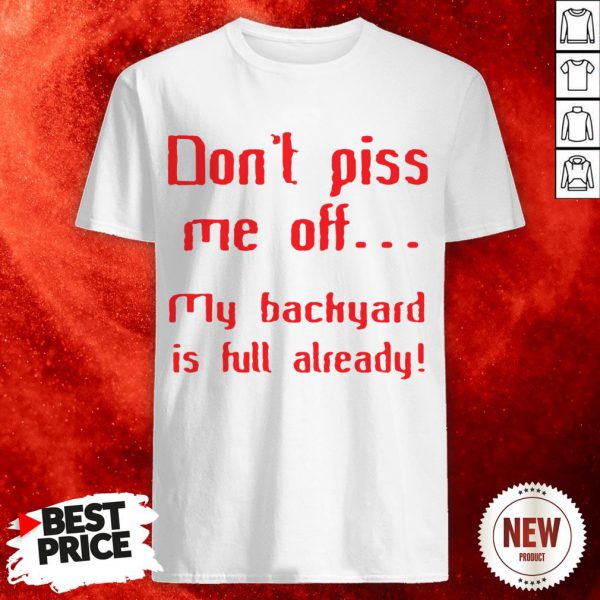 As a long time fan, I was so hyped for MGSV and it turned out to somehow be the best and worst game in the series for me. The gameplay is top-notch and the replayability is insane but the story is just cut short so quickly and the fact that we’ll never have more just kills me. Imagine being a soldier that’s supposed to guard a top-secret military.